I'm excited to share a preview of this new piece that I collaborated on with friend and fellow artist Jonathan Blum! 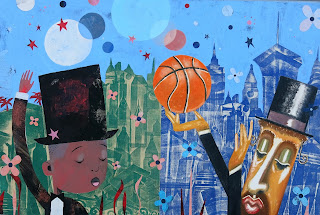 Come check it out TONIGHT at the opening party for Brooklyn's Big Tent and the launch of ARTSLOPE a nine day art festival in Park Slope, Brooklyn. This piece will be on display with works from 30 other Park Slope artists.
At Shapeshifter Lab-18 Whitwell Pl (near 1st St), Brooklyn, NY 11215, Gowanus. Friday, Sept. 16,7pm-Midnight
I'll be spinning records throughout the night along with a few friends and fellow vinylheads.

Hope you can make it, if not, enjoy the preview!

WEEKLY PAINTING #10-Why I love Uncle Tom and Why You Should Too!

There was a time, when next to the "n" word

Uncle Tom was the worst insult that could be hurled at a person of color. Case in point, on a 1988 airing of the Geraldo Show,

politician and activist Roy Innis (who has found himself on the unfortunate side of several debates including the issue of gun control) was called an "Uncle Tom" by John Metzger of the Aryan Resistance. Insulted and affronted, Innis leaves his chair and grabs Metzger by the throat, just before the whole show descends into bedlam, becoming one of the early, eventful moments in shock television.
At the time, I was old enough to know what the term meant and even though I don't remember ever being called an "Uncle Tom," (as so many similar slurs were freely used to hurt people in my childhood) I was often called "oreo" - meaning black on the outside and white on the inside.
I began to wonder about the origin of the term "Uncle Tom" and decided that Harriet Beecher Stowe's novel UNCLE TOM'S CABIN was the best place to unearth some answers. To my surprise, the character of Uncle Tom was not the despicable traitor to his race, cavorting and conspiring with "old massa," that I had imagined.
Later, greater insight came to me, from all places, an episode of the Jeffersons. In the show, George calls Louise's uncle, who's visiting from out of a town, an "Uncle Tom." Louise's uncle then gives George a brief history lesson about a man named Josiah Henson whose autobiography "inspired" Harriett Beecher Stowe's UNCLE TOM'S CABIN and was the basis for the character. It turns out that not only did Josiah Henson escape slavery and write his autobiography, he was a minister, abolitionist (helping many to escape slavery) and founder of a settlement and school in Canada for those escaping slavery. In addition, it seems that Stowe may have been more than just inspired by his autobiography- - http://utc.iath.virginia.edu/abolitn/henson49hp.html
I was disturbed and irked that this man, Josiah Henson, who made such a compelling contribution to American history, literature and the abolition of slavery has had his legacy so altered and corrupted. A mentor of mine once referred to a quote that he attributed to the novelist  Flaubert,  - "eat like the bourgeois, talk like the bourgeois and save your anger for your art." At the time I heard it, I'm not sure if it was an affirmation of what I was already doing or a call to action, but it's stuck with me and has become an animating force for my work. Sambo, Uncle Tom, and all the wrongs of history, especially those that personally troubled me have become fodder for my art.
Still mystified as to how this man's name and character became an epithet and an object of derision, I continued my quest, all the while thinking about bringing his story to my work. This is the first painting.... 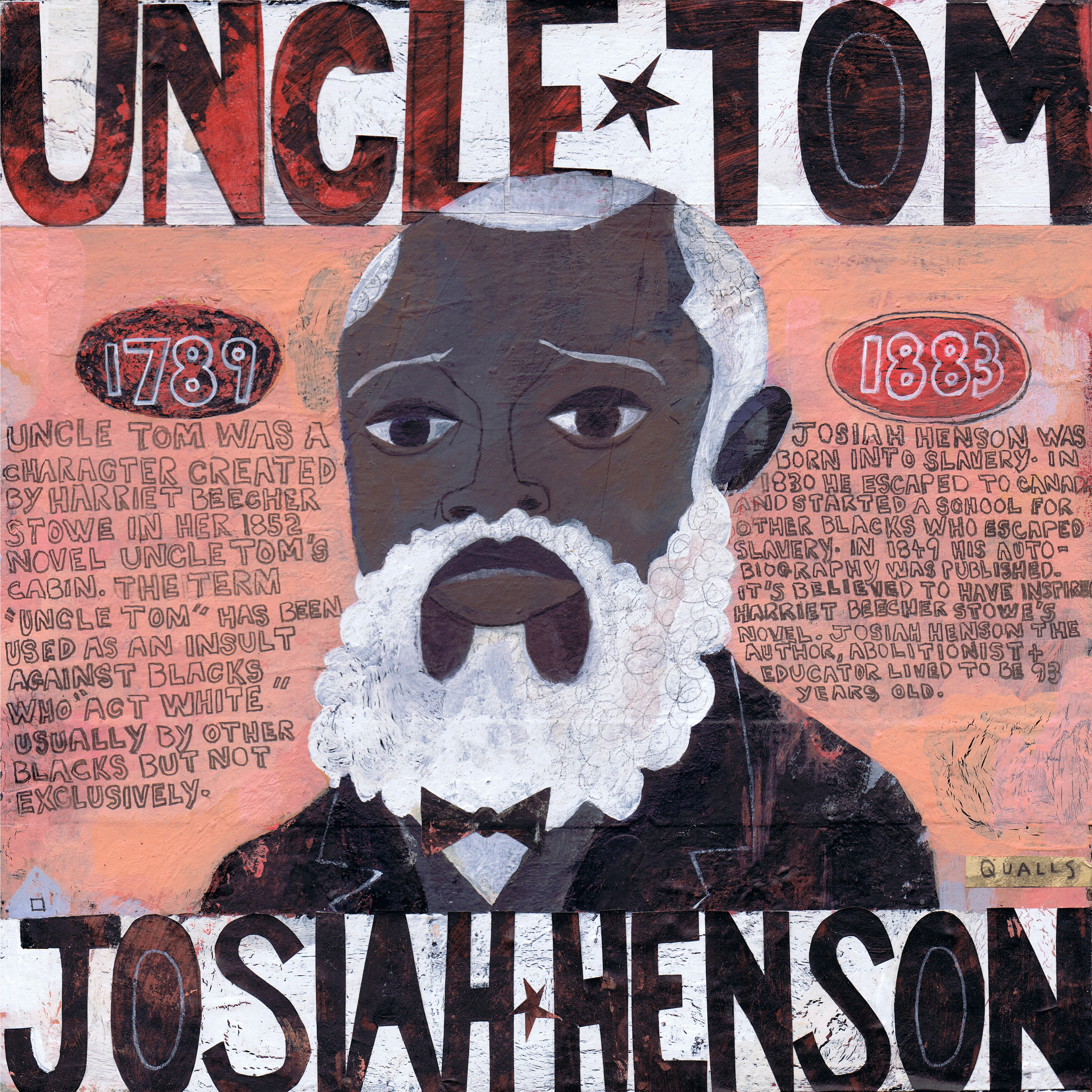 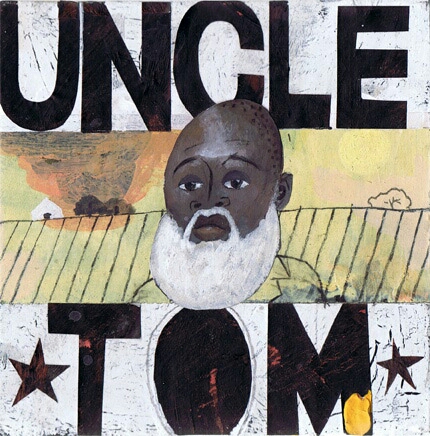 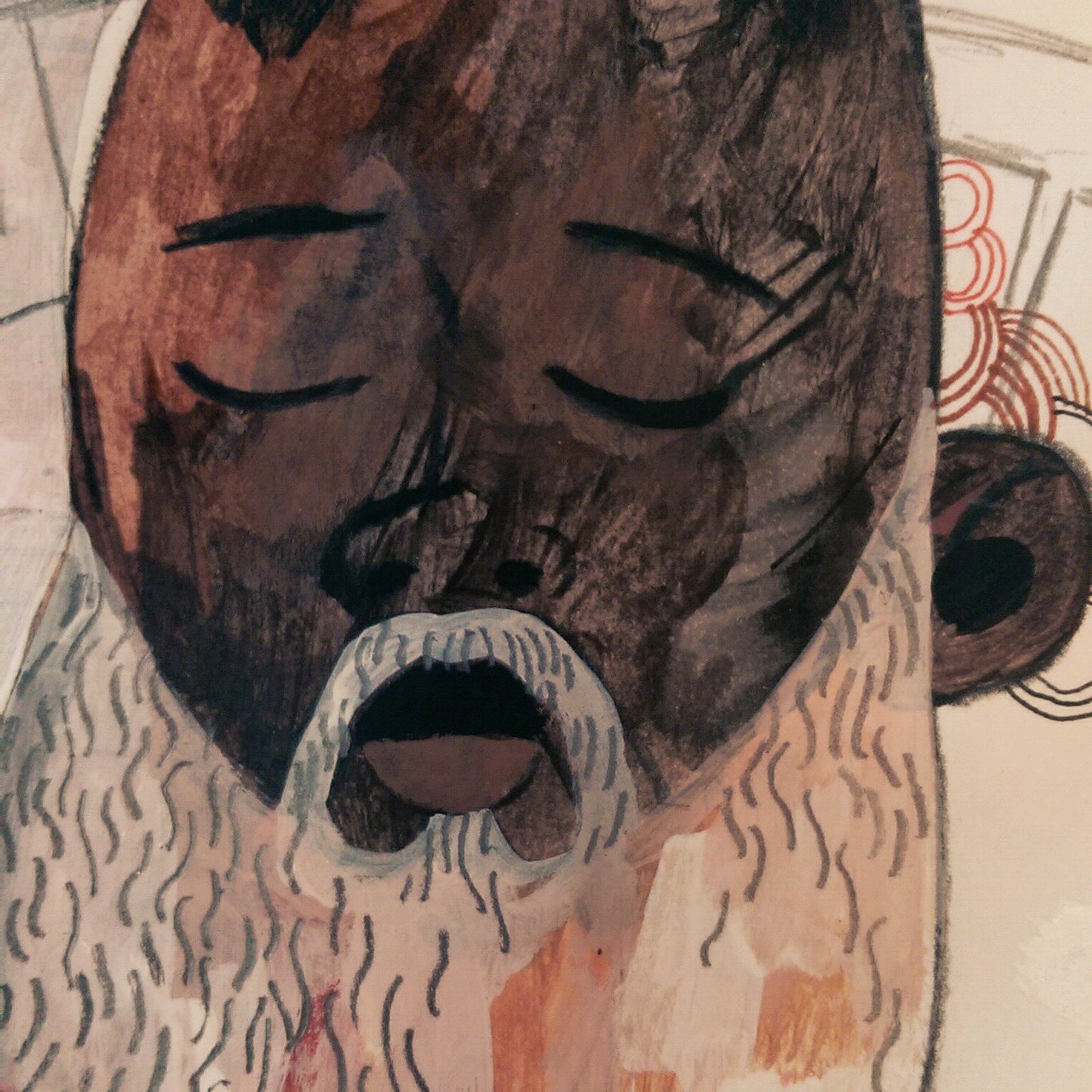 I began to consider the divisive power of such a term, the negative consequences of such labeling and the parameters that determine if one is indeed an "Uncle Tom" or "sellout." Who or what jury determines such a thing? In a conversation with Cornell West and Tavis Smiley, musician Bill Withers questions the true meaning of the term "sellout." He makes the point that if an item in a store is 'sold out' it's a good thing but it becomes a negative when applied to a person. Questioning what it means when some successful rappers refer to themselves as"thugs" and inspired by Tupac's "Thug Life" tattoo I created this week's piece.... 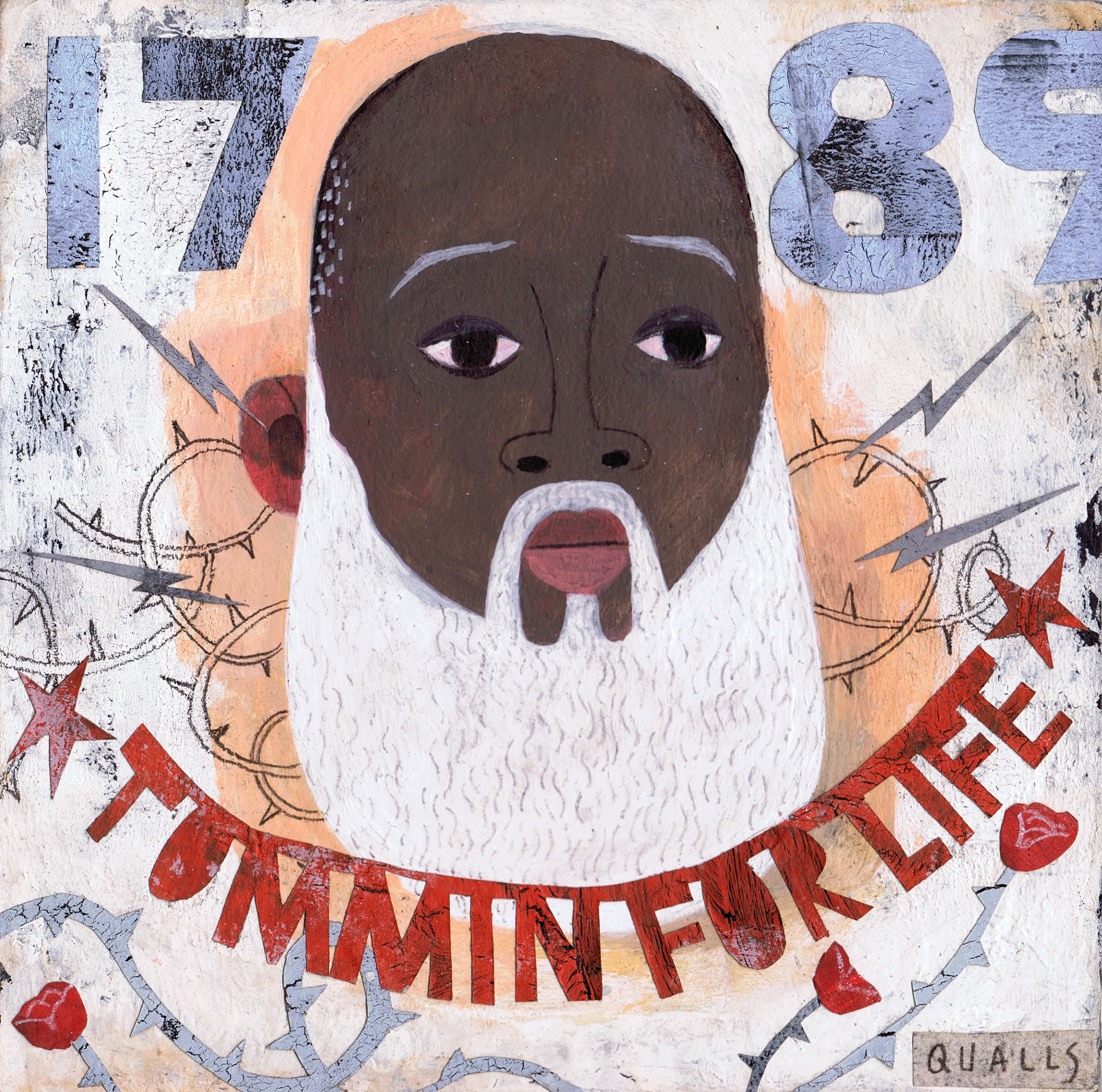 My intention is to suggest that there's an amount of "tommin" or "selling out" involved with anyone who has achieved a certain degree of success especially at the level of a wealthy  rapper, producer or musician (especially any who refer to themselves as a "thug" and/or  has crossed over to film and television. I remember reading that Snoop Dogg are good friends. I don't know, perhaps there's a thug and Tom in all of us.
And, I also recently finished this larger piece.... 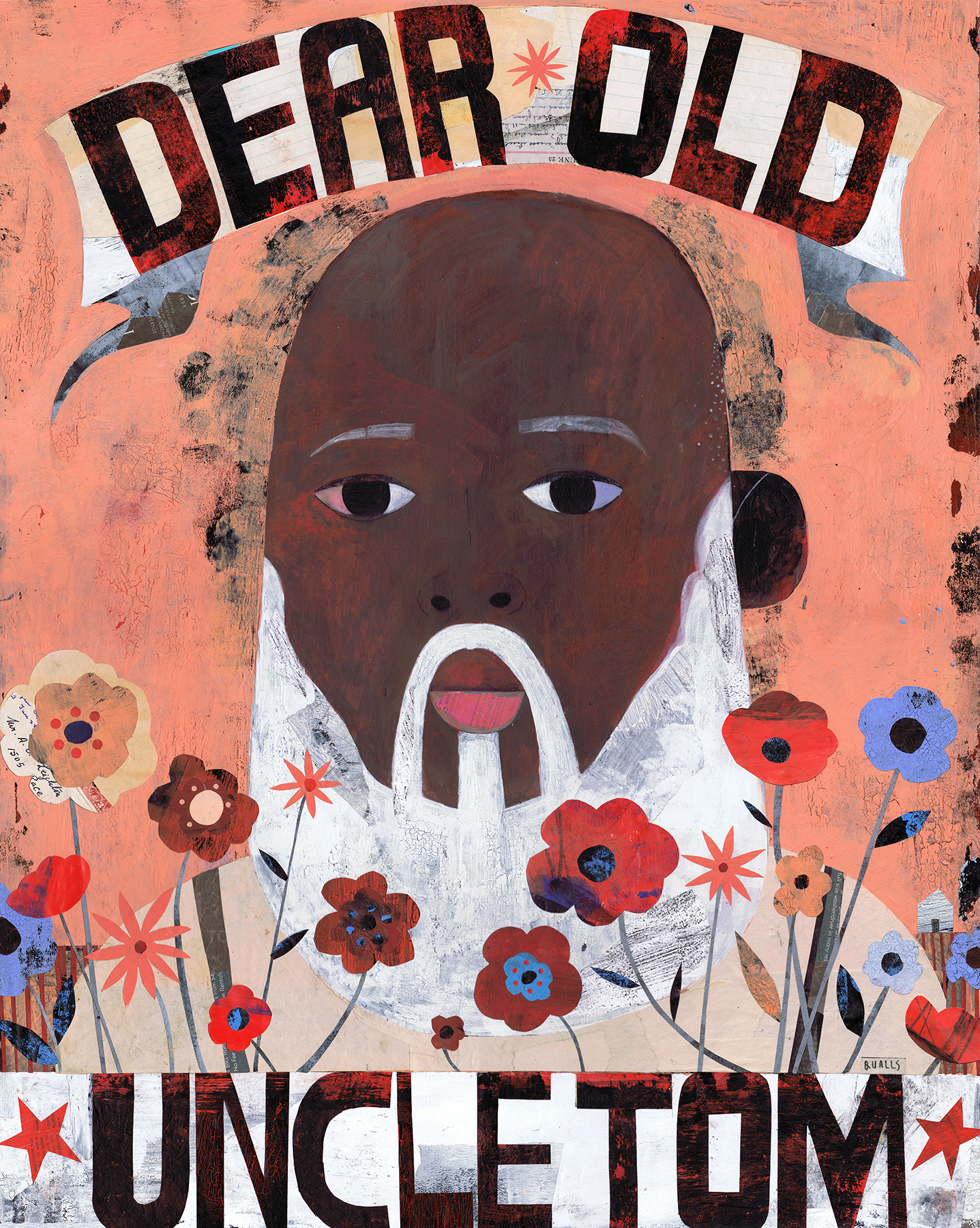 paying homage to Josiah Henson and attempting to recontextualize the term "Uncle Tom".
There are 10x10 prints available for $30 of these three.....

All images are printed on high quality, heavy watercolor paper with archival inks, hand signed with 2" boarders on all sides.
Just respond here to buy any of these prints, or if you have questions about the originals or would like to arrange a studio visit.

Also,
WHERE TO FIND ME (this fall)

Promote Your Page Too 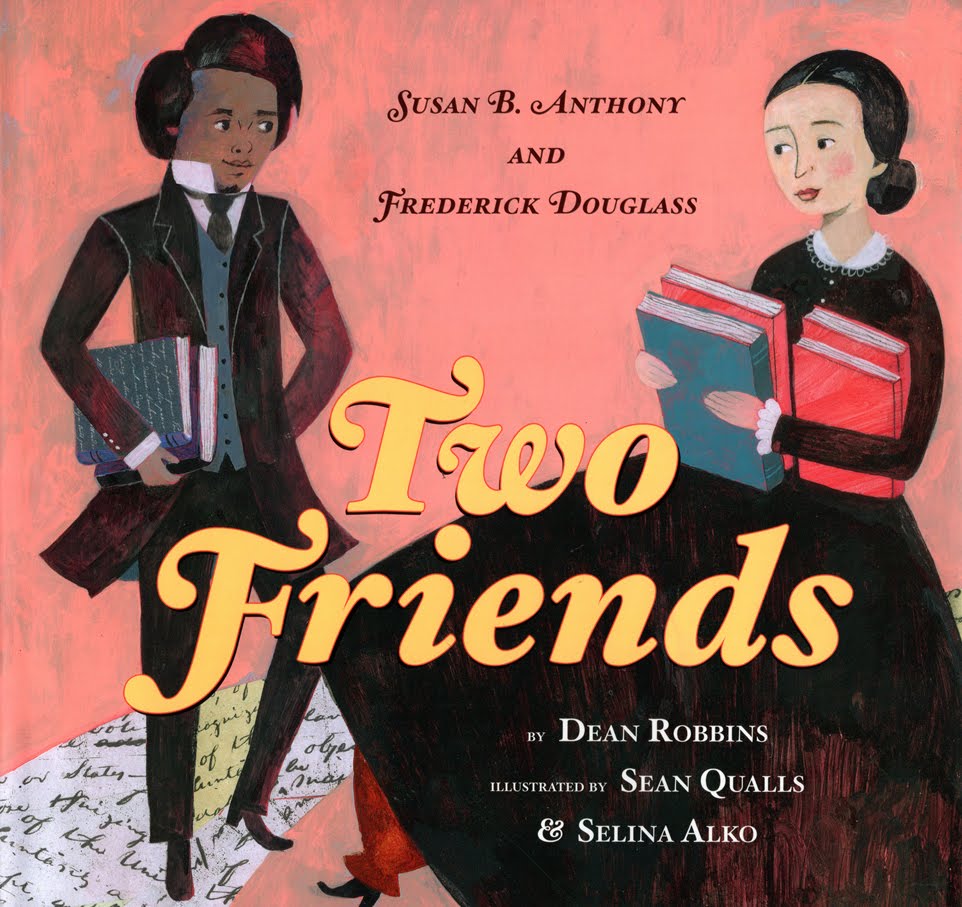 THE CASE FOR LOVING 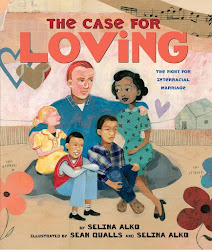 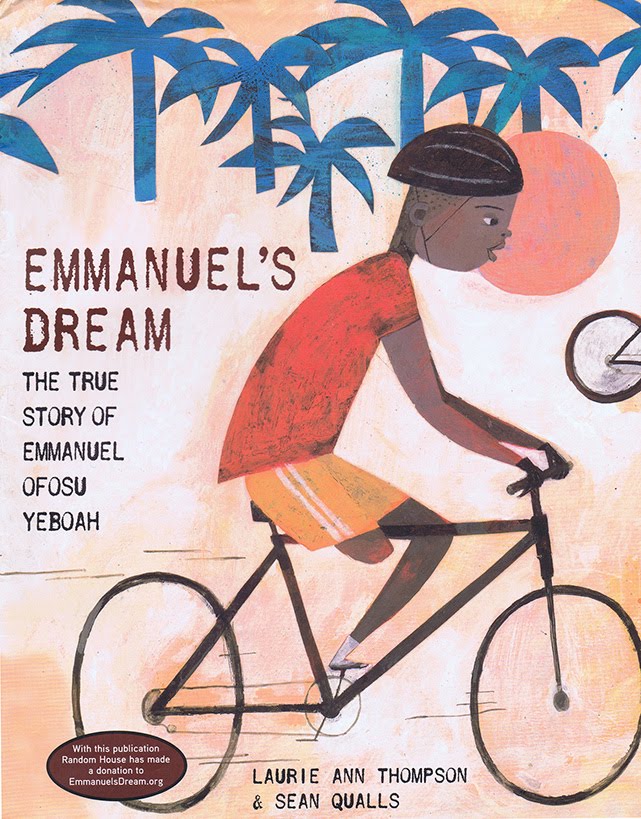 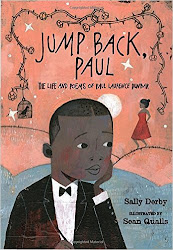 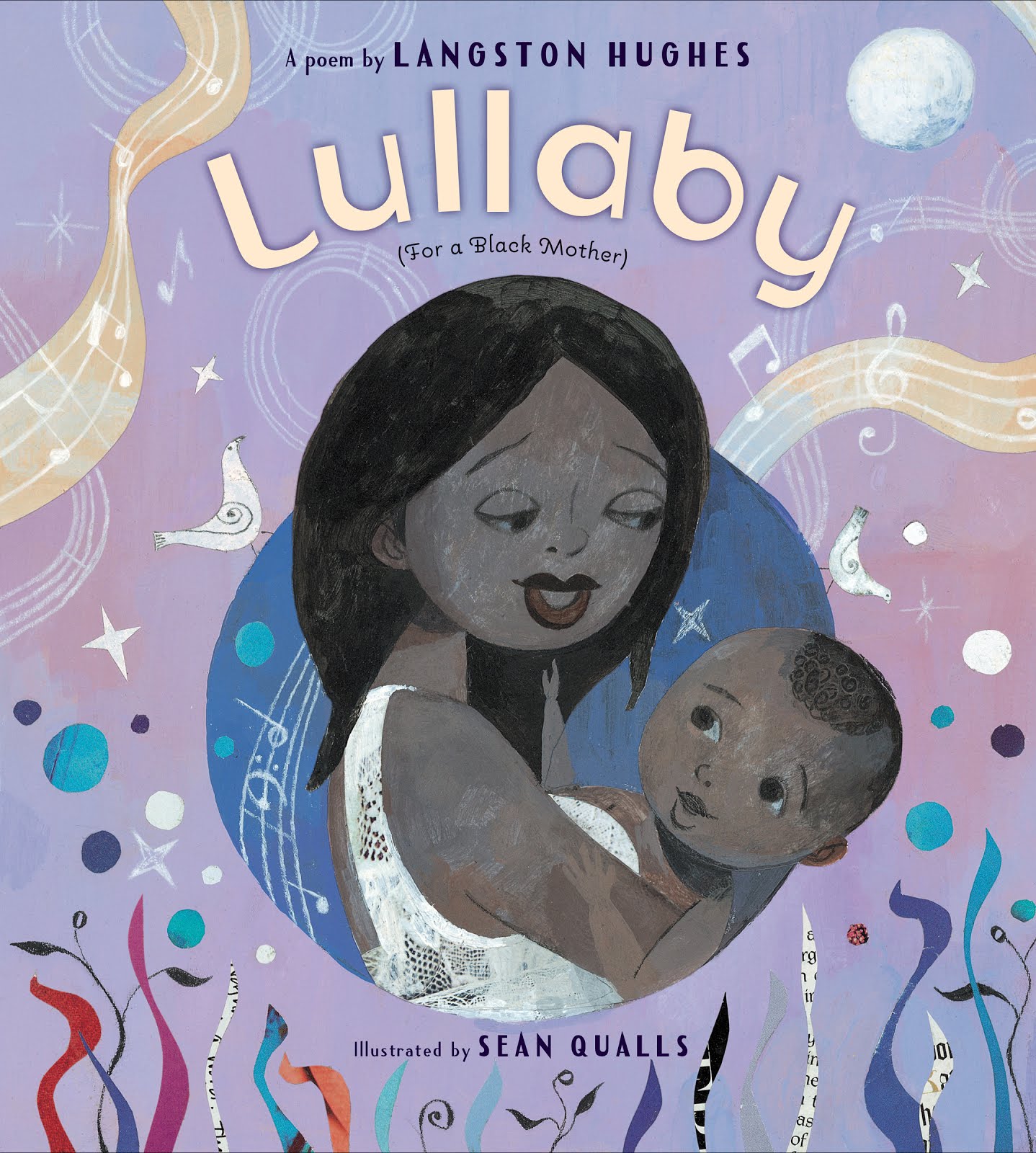 GIANT STEPS TO CHANGE THE WORLD 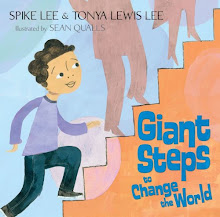 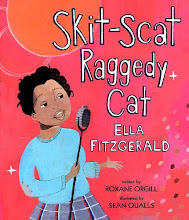 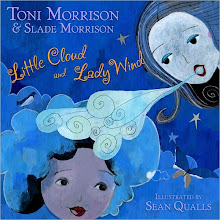 BEFORE JOHN WAS A JAZZ GIANT 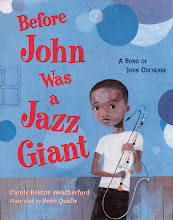 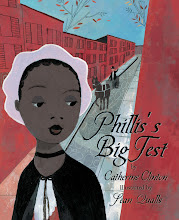 Sean Qualls
I'm a full time freelance illustrator and artist. I was born in Cocoa Beach, Florida. My Father worked for NASA at the time. Shortly after I was born, my Mom, my Grandmother, my Sister and I moved to Bordentown, NJ. Bordentown is small with a population just under 5,000 people. My days as a child were spent playing in the woods, walking along train tracks and listening to music, mostly Kiss records. My earliest memories of making art are of coloring in coloring books with my older sister Angela. My favorite book when I was seven years old was an illustrated bible that I got for Christmas. After graduating from high school, I moved to Brooklyn to attend Pratt Institute. I dropped out after a year and half. I have taken a few night courses at SVA (the School of Visual Arts) but consider myself to be mostly “self-educated”. I spend my days listening to music, visiting libraries and bookstores, and of course painting and drawing. I get most inspired when listening to music, reading, going for long walks, or visiting museums. My wife Selina Alko (who's also an illustrator) and I live and work in a little house in Park Slope, Brooklyn with our two children.